You are here: Home / About us / Research reports

“Living in Fear” – Experiences of Older Private Renters in London 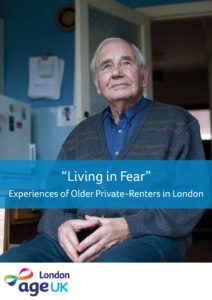 This report was produced by Age UK  London. We organised one of the consultation events here in Camden and our Renters’ Rights London project was an active participant on the steering group. The report was launched at an older private renters conference that was held in Waterloo in south London in October 2017.

Rent control is one of the most controversial issues in the private rented sector. This briefing paper produced by the House of Commons Library provides historical background to its introduction and impact and continued application until January 1989.

A study of the health impacts of welfare reform on tenants living in the private rented sector, produced by the Pro-Housing Alliance. It focuses on five local authority areas around the country and we were one of the organisations that took part in the research.

Six tenants from different parts of the world share their views on how living and renting standards in London compare to those in their home countries.

A report produced by the London Assembly’s Planning and Housing Committee which sets out to investigate the problems of London’s private rented sector. It makes a series of recommendations about what the Mayor, local councils and the Government could do to help. We were one of five organisations invited to give evidence to one of its investigation meetings held in June 2011.

Security of tenure and community engagement – a comparative study (2004) 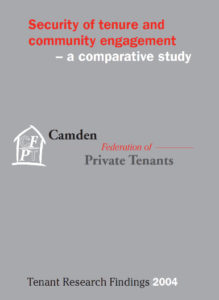 We carried out a small research project to investigate how short-term housing impacts on both individuals and communities.