If you receive a State Pension, you may also be entitled to a top-up called Pension Credit, which could bring in an extra £30 pounds or so per week. 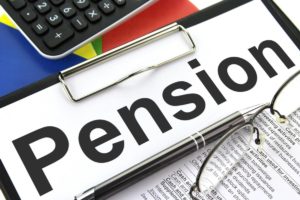 But two thirds of pensioners have not applied for Pension Credit. Even though it is also a vital “passport” benefit easing access to local Housing Benefit, a Council Tax reduction – and savings on some NHS charges.

Perhaps many have ignored Pension Credit because it is means-tested – a phrase with a sinister echo of the workhouse. Equally, maximum payouts are fairly small. Smaller when affected by the means (savings, investments) you have – and, unfortunately or deliberately, your means will be calculated using the Pension Service’s highly questionable formula.

In theory, if your pension is less than £167.25 a week, Pension Credit could top it up to that figure. But there’s a catch if your total ‘wealth’ exceeds £10k. For every £500 pounds savings you have over £10k, £1 per week is deducted from any Pension Credit payments you might receive.

In effect, they are saying that your savings above £10k are earning 10% per annum, whereas in real life you’d be lucky to get 1%. Using their formula, what originally sounded to me like £30 per week extra from Pension Credit shrank to about £10.

Having £10,000 in the bank is not wealth – certainly not if it must last the twenty or so years a 70 year old may have left to live. Significantly, Camden puts a limit of £16,000 savings on those claiming Housing Benefit.

The low uptake of Pension Credit may also be linked to the feeling that it involves a lot of form-filling. This runs to a couple of dozen pages of data on your living arrangements, as well as your finances. It took me the better part of an hour to complete and check.

One onerous aspect is the Pension Service’s apparent insistence on seeing actual building society savings books. This worried me because staff at our local Royal Mail branch were recently arrested for stealing mail.

Further, like most private renters on the UK’s miserly state pension, I am forced to dip into my savings to cover rent – not to mention utilities and Council Tax. To do so I need the savings book. Given the six week lag in their reply mentioned below, I might have been in trouble had I submitted the book.

I rang the Pension Service asking whether I couldn’t just remit a statement from the building society. The response was abrupt and left me none the wiser. A recent BBC programme about the Department of Work and Pensions (DWP) suggested that staff are not treated with respect and some admitted treating the public in similar manner.

What neither the application form nor the person on the phone pointed out was that, actually, one can submit photocopies of savings books. Lacking that information, I submitted only bank and building society statements.

A whole six weeks later I received a seven paragraph letter with demands including the savings book (no mention of photocopies) and, ridiculously, proof that I did not have an ISA or a pension lump sum – and to state the value of Premium Bonds I held. I had already declared that I had no Premium Bonds nor a private or company pension. Ridiculous, because how do you prove a negative?

The letter further demanded a bank statement I had already submitted – and which they had clearly received as they returned the original having copied it (but not the several other documents I’d attached to my application). Not mentioned in the application form, but now demanded in the letter, statements had to cover the previous three months’ transactions.

It’s hard to escape the conclusion that the (anonymous) author of the letter had not properly read my application and simply churned out a standard response.

The effect on me (and I’m not easily cowed after a near lifetime fighting private landlords) was that groan when one faces a blind and bloody-minded bureaucracy.18 days after the first letter, a near duplicate arrived, posing the same questions. This time from a different section of the Pension Service. The right hand seemingly operating in ignorance of the left. This new letter arrived eight days after it was written and set a deadline for responding of just four working days. By then, some eight weeks had passed since the Pension Service received my original application.

Whether such conduct is oppressive or just careless, elderly people should not be subjected to it. Some may have difficulty reading forms, let alone, finding the information with which to fill them in.

The amount immediately at stake could be as little as £10 per week – hardly worth the work of subjecting applicants to such scrutiny. The basic state pension of about 12 times that figure is granted almost automatically, with minimal form-filling.

What was to be done?

Thankfully, as a member of Camden Federation of Private Tenants I had, not long before, listened to a talk from staff at Age UK Camden on the subject of benefits.

Doubtless due to workload, it was a week before an Age UK advisor saw me but everything was done while I waited. In the background hubbub of their office, I could hear staff apparently speaking to the Pension Service. Clearly a lot of their time is spent untangling pension issues. A local organisation, in part reliant on volunteers, having to join battle with an unwieldy and truculent Government department.

Within two weeks of Age UK’s intervention the Pension Service confirmed that I would receive Pension Credit of around £18 per week, including an amount called Savings Credit, which rewards you for having savings in the bank (as opposed to penalising you). All backdated to a date prior to my applying (which puzzled me, but never mind). Plus, the promise of a £10 Xmas bonus – enough to buy a box of decent crackers.

So, despite the hurdles it is worth applying for Pension Credit. Mostly for the chance of getting a discount on Council Tax, access to Housing Benefit and savings on NHS fees such as those for dentistry.

And, if you have over £10,000 capital, I would particularly recommend that you seek help from Age UK Camden with your application.

They are based in Tavis House, 1-6 Tavistock Square, London, WC1H 9NA