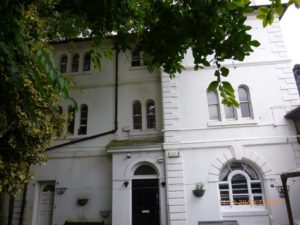 A company and the manager of a house in multiple occupation (HMO) in Belsize Road, South Hampstead, have been hit with a hefty fine following legal proceedings brought by Camden Council.

The manager of the property was found guilty at Highbury Corner Magistrates Court of numerous safety regulation breaches and fined £10,500, plus £3,000 costs.

Highpad Ltd, the company associated with the landlords, having pleaded guilty to operating an unlicensed HMO at an earlier hearing, was also found guilty of numerous safety breaches and was fined £9,500 plus £3,000 costs.

Acting on tenant concerns, council officers visited the property in late 2016 and found a lack of fire safety, a lack of a handrail on some stairs, an oven that posed a fire risk, windows in poor condition and a leaking sink.

In addition, as a result of the poor conditions, a suspended prohibition notice was served for a basement room due to poor levels of light and an improvement notice served to address other hazards. Having failed to manage the property adequately and for a lack of the respective licence, the council brought the prosecution.

Councillor Meric Apak, Cabinet Member for Better Homes said: “Anyone who owns or manages an HMO – that’s a home occupied by three or more people who form more than one household – needs to have a licence. All landlords should also keep their property to a safe and livable standard. As with this case, Camden Council will take whatever action is required in order to protect those who live in our borough.”

The property has now been approved by Camden Council as reaching the required HMO licensing standards.